Ages 18 plus. Come and enjoy a lively game of Bingo with everyone's favorite librarian named Jason! Registration is required.   https://wellscolibrary.evanced.info/signup/EventDetails?EventId=15815&backTo=Calendar&startDate=2023/01/01

Main Library (Bluffton) Large Meeting Room Grades 6-12. Teen Gaming Club is held the first Monday of every month and each month will feature a different game with themed activities or challenges. Bring your own device or play the library's provided console on the big projector screen! Age Group(s): Teens

Event Details All ages. Bring the entire family for a night of Bingo. Winners will receive candy and other small gifts. The event is open to all ages of Bingo enthusiasts, but kids need to be accompanied by an adult to play. Registration required. Event Type(s): Adult, Teen/YA, Children Age Group(s): All Ages

The Bluffton Fire Department was established in November of 1879 and provides fire and rescue services to the City of Bluffton, also Harrison & Lancaster Townships.

The first fire company was called the “Vigilant Hook and Ladder Company” and operated out of a fire station at the corner of Washington and Johnson Streets in Bluffton. The first fire equipment used by the department was a 2-wheeled handcart with buckets hanging on the sides. The first fire engines used were horse drawn and purchased in December of 1879.

In the early 1880’s another fire company formed here called the “Wide Awake Bucket Company No. 1” and they competed a short period of time with the Vigilants. In May of 1883 the Wide Awake Company was made an auxiliary to the Vigilants.

The first motorized equipment for the fire department was purchased in 1912 and was made by a company called “Mais”. Then in 1923 the department purchased another fire engine from “Stutz” in Hartford City, Indiana. The Stutz is still owned today by the City. The department had other equipment purchases over the years but one of the most memorable came in 1962 when the city purchased a pumper and ladder truck at the same time. The pumper and 65 foot ladder truck was purchased from “Howe Fire Apparatus Company” out of Anderson, Indiana.

Over the years the Bluffton Fire Department has continued to update our equipment to bring us to the level we operate today. We currently operate 3 front line engines, a 100 foot aerial truck, a tanker carrying 2500 gallons of water, a rescue truck, a grass truck, 2 boat trailers, a gator trailer, the counties hazmat, and foam trailer, and  2 command vehicles. As stated earlier the first Fire Station was located at the corner of Washington and Johnson Streets and remained there until it moved to the current city hall after completion in 1926. The Fire Station’s next move was in 1971 when the current Police-Fire building was completed. Then in 1991 an additional 4 bays was added to the 4 existing bays which is the station you see today.

PUBLIC EDUCATION
The Bluffton Fire Department is available to any organization to talk about fire related subjects. Our department provides public safety education, and is responsible for enforcement of all City and State fire codes, including plan review and inspection services.

Safety Training is available, at no cost, for your workplace, church, club, residence or other establishment. Call at 260-824-6050 to schedule a training.

We strive to prevent fires through community awareness programs, such as open houses, presentations at local schools, tours and residential inspections. All these services are available upon request.

A Way to Say Thanks to Hoosier First Responders... 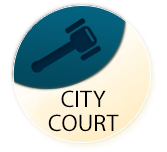 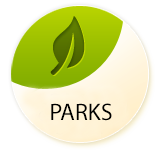 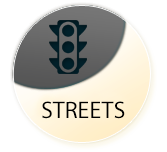